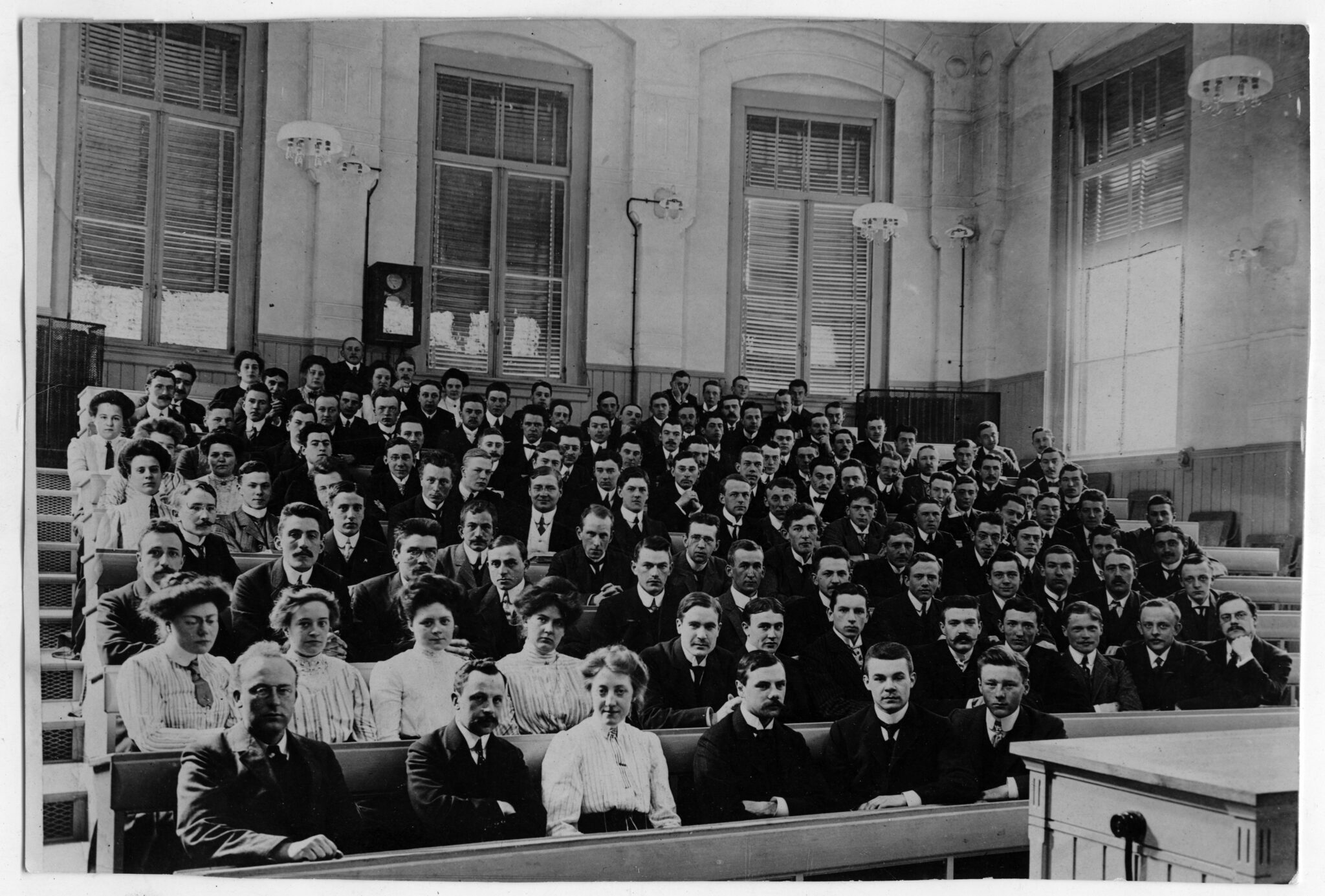 1. How did the museum get its name?

2. Can I get a guided tour of Museum Vrolik?

3. What activities does Museum Vrolik have to offer?

Besides going on a guided tour, you can also explore the museum by yourself. Use the free information sheets that can be found near the showcases, follow the self-guided top exhibits tour (adults) or our activity trail (children). Both the tour and the trail can be obtained at the checkout for €2.
We also offer educational events for all types of audiences. These include workshops, thematic guided tours, lectures, activities for children, presentations of specimens, and varying activities that we organise each year as part of the Museumnacht and the Weekend of Anatomy. Would you like to learn more or see our current events? Please consult the events page.
Are you visiting the museum with an educational group? Please take a look at our page on education for more information on our current educational programmes.

4. Why am I not allowed to take photographs or make films in Museum Vrolik without prior written permission?

The (human) specimens and objects on display in Museum Vrolik can be confronting and cause strong emotions. If we allow visitors to take pictures, these images could lose the medical-historical context of the exhibition. The photographs of our specimens could be regarded as disturbing or offensive by people who did not choose to look at them.
Furthermore, the people whose bodies reside in our museum did not volunteer for their role in education, as the concept of ‘informed consent’ did not exist until fairly recently. Out of respect for the deceased who teach us, and out of a desire to preserve their medical and educational context, we do not allow photography within our galleries. Read more in our photography policy.

5. Is Museum Vrolik suitable for children?

We advise primary schools to contact us in case of doubt to discuss whether a visit to the museum is suitable for the group in question. Parents visiting with their children should make this decision for themselves. After all, they know their own children best. Museum Vrolik receives quite a number of young visitors and they are often very excited about their visit. However, we advise you to assess for yourself how your child will react to visiting Museum Vrolik. Please feel free to contact us in case of doubt.

Please see the page containing practical information for directions to Museum Vrolik when travelling by car or public transport, and the location of the museum in the Amsterdam UMC (location AMC).

8. Is Museum Vrolik accessible to people with reduced mobility?

Yes, Amsterdam UMC and Museum Vrolik are accessible to people with reduced mobility. You can find wheelchairs at every entrance, in the parking garage, at parking lot P3 and at the outpatient clinic in case you did not bring your own wheelchair, but would like to use one. After your visit, you can leave your wheelchair at the exit through which you leave the hospital.

9. Can I get something to eat or drink near Museum Vrolik?

10. Do I have to buy a ticket or make a reservation before my visit?

It is not necessary or possible to buy tickets or make a reservation beforehand. You can buy your tickets at the museum itself.

11. Where can I find the toilets, the checkout and museum store and/or a map of the museum?

12. Is there a cloakroom in Museum Vrolik?

You can leave your coat and bag at the cash register of Museum Vrolik free of charge. Generally, a member of staff will be on hand at all times. It is not an attended cloakroom, so we cannot be held liable in case of theft or loss of personal belongings. By making use of the cloakroom, you agree with these terms.

13. Is there any additional information about the collection on display available in the museum and in which languages is this information available?

The walls of Museum Vrolik show several texts containing general information. Information sheets containing more specific information on the subtopics and the objects on display can be found near the showcases. You can also buy a self-guided tour of the top exhibits in the museum for €2 at the museum register. This tour will take you past thirty of our most meaningful exhibits. All of the texts are available in Dutch and in English. For young visitors there is an activity trail available in Dutch, which can be purchased at the checkout for €2. If you want to know more, you can always book a guided tour.

14. I would like to obtain more information or advice on a medical object, an anatomical and/or zoological model or specimen that is in my possession. Could you help me with this?

Please send your question to museumvrolik@amsterdamumc.nl. We will try our best to answer your question, but we cannot make any guarantees in advance.

15. I am a researcher/scientist and I would like to submit a request for information or do research on objects that are part of your collection. Whom should I contact?

As we are a university museum, we are committed to helping researchers/scientists. Please contact us with your request for information/research by using the contact form, by emailing us at museumvrolik@amsterdamumc.nl or by writing directly to our curator Dr Laurens de Rooy, via l.derooy@amsterdamumc.nl.

16. Can I record a film, documentary or TV show at Museum Vrolik?

We cannot take your request into consideration until you provide us with extensive information on the nature and content of the programme/documentary/film. Due to the sensitive nature of our collection, we are not a suitable location for just any programme or film. If you think your recordings will do our collection justice and you respect its sensitive nature, you may submit your request via museumvrolik@amsterdamumc.nl. Please also see our photography policy.

17. Is everything on display in Museum Vrolik ‘real’?

The majority of our collection that is on display consists of real human and animal anatomical preparations – both wet anatomical preparations as well as preparations that have been dried. You will also find several examples of plaster casts and wax models in the exhibition space. The wax and plaster models are generally easily recognisable, but you can also read about the nature of the objects on the information sheets.

18. Where did Museum Vrolik acquire its collection?

Most of the human preparations, bones and skulls were obtained from people who passed away in the eighteenth, nineteenth and the start of the twentieth century in Amsterdam. A small part comes from other places. This part concerns a collection that comes from Indonesia (the former Dutch East Indies colony) and from other various former colonies of the Netherlands and other European countries. More information on the provenance of our collection can be found in our statement ‘Human remains’.

19. What type of fluid is used to preserve the specimens in Museum Vrolik?

Until the late nineteenth century, wet anatomical preparations were kept in alcohol (about 60%). From the end of the nineteenth century onwards, most anatomical preparations were preserved in formalin. Because formalin is a carcinogen and damaging to preparations over time, the fluid of all anatomical preparations that were preserved in formalin has been replaced by a solution that is mostly harmless. This solution, called Kaiserling III, largely consists of glycerol, water and sodium acetate. Some jars have the abbreviation ‘KIII’ in small print on the label, which means that the jar in question is filled with Kaiserling III. Would you like to learn more about our preservation techniques? Please take a look at this page.

The darkness of the museum serves two purposes. First of all, low light (of approximately 50 lux) is needed to protect the anatomical preparations against the damage caused by light. Because the light is directed on the specimens, they can still be seen quite well. The dark colour of the walls, floor and ceiling is an aesthetic choice. It should be seen as an emphatic break with the bright and clinical atmosphere of a hospital. It creates the impression of entering another world with a private and intimate atmosphere that invites visitors to reflect, and also serves to emphasize the historical context of the collection.

21. Is the entire collection of Museum Vrolik on display in the exhibition room?

22. What is the age of the collection; what is the oldest piece?

23. Are new anatomical preparations being added to the collection?

The last new anatomical preparation was added to the collection by Martin Woerdeman in 1954. Museum Vrolik does not make any new or add recently made anatomical preparations to its collection. Our acquisition policy is that we only consider the addition of preparations, instruments, documents and other objects to our collection if these are historical, and in some way related to the history of Museum Vrolik or the fields of (academic) biology or medicine in Amsterdam.

24. Where can I purchase or reserve tickets for Museum Vrolik?

It is not possible or necessary to reserve or purchase tickets for Museum Vrolik in advance. You can simply visit the museum when we are open, and purchase your ticket(s) on the spot at the register.

Is your question not listed here? Please contact us.